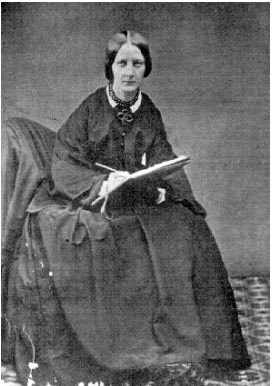 All but forgotten, Scottish painter Jemima Blackburn née Wedderburn (1823-1909) was recognized in her day for her original drawings and watercolors of birds, animals, and rural life, all drawn from nature. The development of bird watching in the Victorian age along with legislation to protect sea and land birds in, respectively, 1869 and 1872 speak to the Victorians’ growing appreciation of natural history as well as a desire to protect birds from blood sports and the fashion industry. Illustrated books of birds were in demand in the Victorian age, and Blackburn’s magnum opus, Birds Drawn from Nature (1862, revised 1868), placed her alongside leading ornithological artists including Thomas Bewick, John James Audubon, Prideux John Selby, and John Gould. Also popular as a Victorian illustrator, Blackburn designed plates for 27 books for adults and children, most notably Caw! Caw!: or, The Chronicle of Crows (ca. 1855) and The Pipits (1872), a bird fantasy with a naturalist observation that came to the notice of Charles Darwin. As an artist, Blackburn is best known by her married name, Mrs. Hugh Blackburn, or her initials, JB. — Catherine Golden